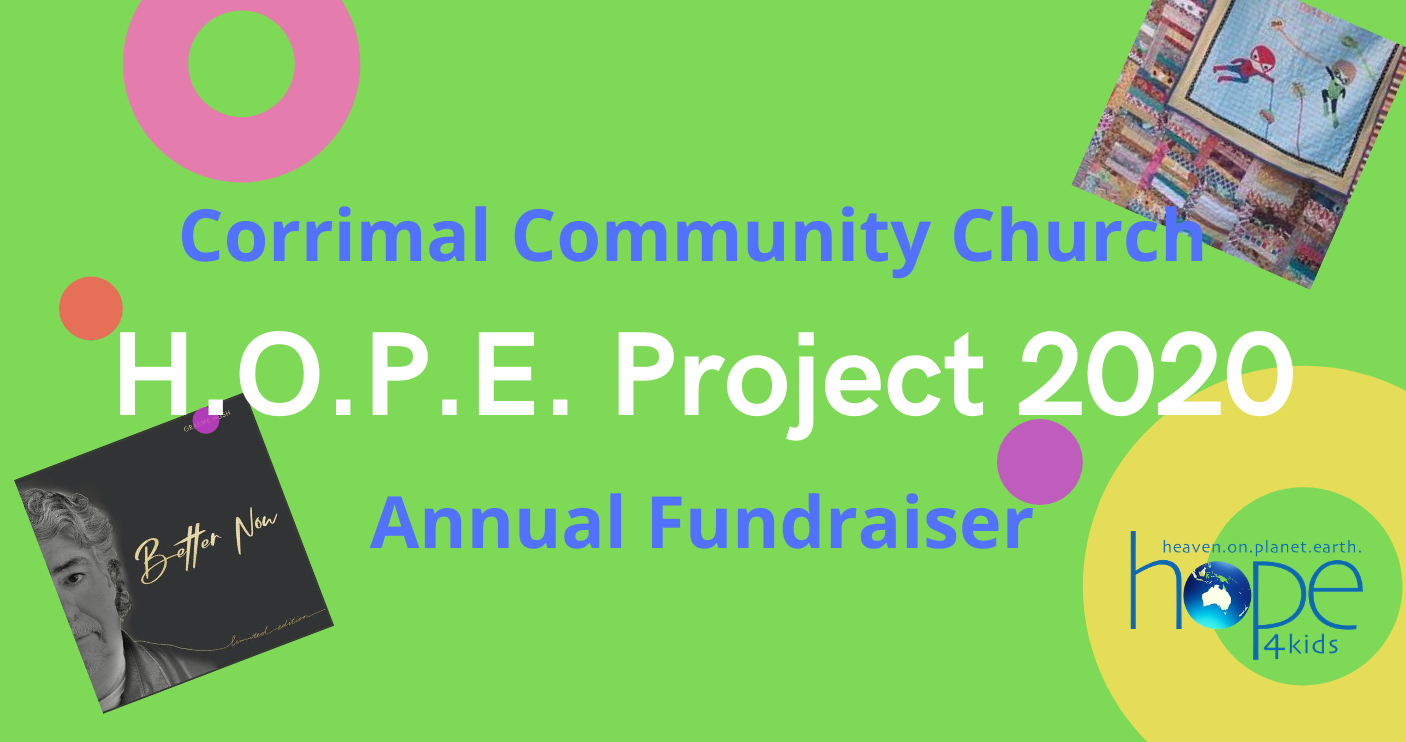 We’re excited to announce we have a DATE set for a launch concert for Graeme’s new album, Better Now, being 12th September 3pm. The concert will be LIVE STREAMED to the Corrimal Community Church YOUTUBE channel! We will also have limited places in the concert venue to actually attend in person, so indicate your interest NOW on the Better Now Facebook Page or on the Corrimal Community Church page. Event information and updates can be found on either Facebook page.

The concert will also double as our annual fundraiser for HOPE4KIDS project – raising funds for research into three rare childhood diseases and support for three families with kids suffering these diseases. To that end between NOW and 13th September 50% of purchase of the Limited Edition CD and/or the Digital Download Album will go towards this support. You can also DONATE NOW to this fundraiser.

The concert will feature some of the amazing musicians on the Album, so don’t miss out on enjoying this and thank you for supporting this project!

Graeme Hush Music is 100% connected to Heartland Ministries Inc.  with all costs associated with GH Music funded by HM and all proceeds going to HM’s ongoing work, including this fundraiser.